I was really hoping that Annika had the common sense and decency to say no thanks to Swedish Radio when they offered her a spot on the popular"Sommar" series. I was OK with her being transferred from California's penal system to Sweden after almost 30 years in prison. I felt she had done her time and if she was still a Swedish citizen and wanted to move home, let her. But I am very disappointed that she is accepting a media presence, and what is that telling the victims of her past? What kind of radio is Swedish radio becoming? Maybe it's a shared fault. Swedish Radio just catering to anything that is material for exploitation. I really hope Annika keep a low profile and just stay out of the media and fame from now on. Sweden is welcoming her and helping her at a great cost, why is she willing to scoundrel that? She will loose a lot of goodwill among Swedish people by being so visible. This is exactly why the people of California didn't want her to be transferred to Sweden.
Posted by tennswede at 10:23 PM

Fished Clinch today for the first time in four months. There were a midge emergence which brought a lot of small stockers up to the surface. I caught some bows and lost several browns on a Griffith's Gnat dry size 20. They are not easy to keep on the hook when they are sipping emergers. The water was cloudy in the main channel and the bigger guys were not home today. Fishing pressure were extremely light and I didn't really see any hook ups around me. It's still hot out there, can't wait for my upcoming
Publish Post
New Mexico trip.
Posted by tennswede at 3:08 PM


När Mörkret Faller (2006) When Darkness Falls, directed by one of Sweden's greatest directors, Anders Nilsson is a dark but also an uplifting film due to the take charge of the oppressed. It's a story of revenge but not in the conventional way. The movie deals with subject matter as dark as domestic abuse, violence at the nightclub scene, arranged marriage and the culture of "honor killings". I believe this to be Anders best work ever after such gems as Noll Tolerans, Livvakterna and Tredje Vågen. Highly recommended, five out of five stars in my book. Great acting by Lia Boysen and Per Graffman.
Posted by tennswede at 6:20 PM

Bob No Longer With Us 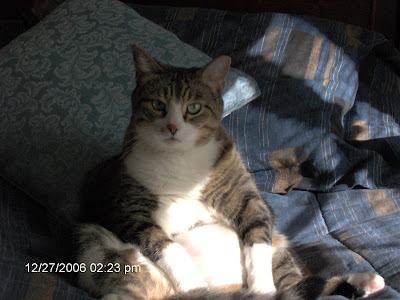 Bob passed away today due to illness. He was 12 years old. He came to us in 2001 when his mama had to go in to a nursing home. He was one of a kind, always in to everything and gave us so much joy. He is in a better place now. He was suffering the last few days and couldn't enjoy life anymore. Rest in peace we will always think of you.
Posted by tennswede at 3:38 PM

Will Ferrell has always been a funny man in my opinion, and he delivers here yet again. Mark Wahlberg is surprisingly funny as the sidekick to Will Ferrell. Would I go to the movies and pay $10 to see this? No, would I rent it or Netflix it? Yes. I was lucky enough to get to see it for free as part of a giveaway.
Posted by tennswede at 5:48 PM

Labels: Mark Wahlberg, Netflix, The Other Guys, Will Ferrell

Well, what can I say, I had high expectations for this movie since I like Steve Carrell most of the time. He is OK in this one but that's about it. The movie feels somewhat overdone and quite frankly I found myself looking at my watch halfway through. I'll give it 2 out of 5 stars.
Posted by tennswede at 8:13 PM 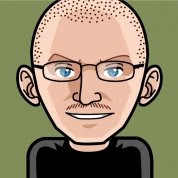